Kamareddy, August 5: Former Minister & ex-Leader of Opposition in Telangana Legislative Council Mohammed Ali Shabbir has accused the BJP Govt at the Centre and the TRS Govt in Telangana of ruining the lives of poor people. He said that the increase in the prices of cooking gas, petrol, diesel and essential commodities had a strong negative impact on the lives of poor and middle-class people. 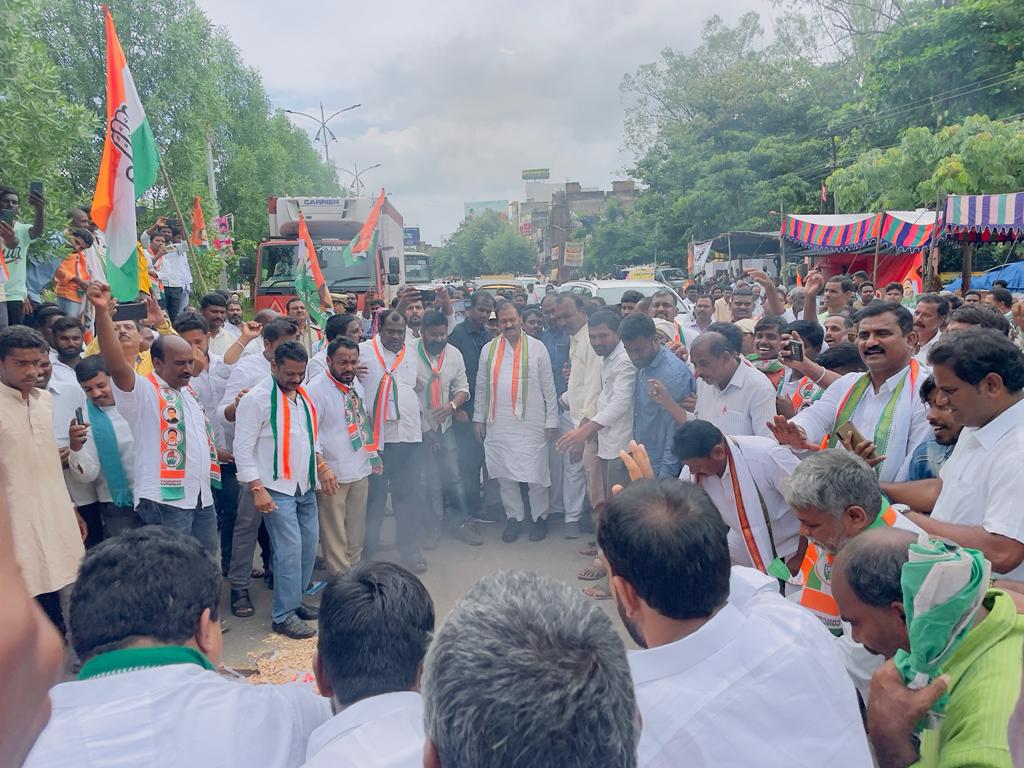 He was addressing a dharna held at the Kamareddy Municipal Office on Friday as part of a call given by the All India Congress Committee (AICC) for a nationwide protest against the rising prices of fuel and essential commodities and the imposition of GST on several food items. Shabbir Ali and other leaders participated in the programme by wearing garlands made of vegetables around their necks. Later, they also burnt the effigy of Prime Minister Narendra Modi and other Union Ministers.

Shabbir Ali said that the Congress party would continue its agitation until the Centre and State take measures to reduce inflation. Instead of taking corrective measures to control inflation, he said BJP Govt was trying to divert people’s attention by inciting communal violence and promoting hatred among various communities. He said both PM Modi and CM KCR were working for the benefit of only a few corporates and not for the people. While the BJP Govt sold away airports and seaports, TRS Govt sold government lands worth over Rs. 21,000 crores at throw-away prices to some individuals. They will sell the entire country if not stopped now, he said. 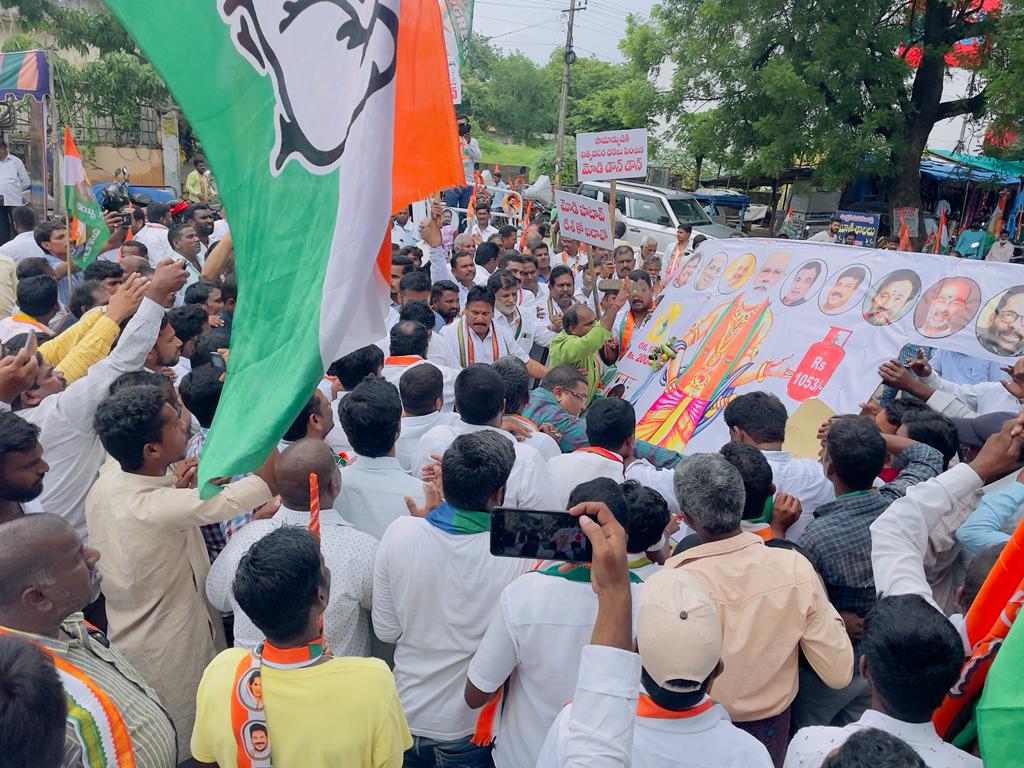 He said PM Modi had promised to provide two crore jobs every year. Therefore, Modi Govt should have provided nearly 16 crore jobs in the last eight years. He said that instead of creating new jobs, BJP Govt has implemented several incorrect policies like demonetisation which led to inflation and the loss of crores of existing jobs. “Union Minister Kishan Reddy and BJP President Bandi Sanjay must give an explanation as to why their government at the Centre failed to control rising inflation and address unemployment before conducting yatras,” he said.

Shabbir Ali said CM KCR had promised to transform Telangana into Bangaru Telangana. However, only the KCR family has benefitted from the new State. He said CM KCR’s daughter Kavitha, who used to live in a rented house, recently purchased a flat in the Burj Khalifa in Dubai. He said the KCR family indulged in huge corruption by wasting public money in the name of the Kaleshwaram project.

He said KCR’s wrong policies have turned Telangana, a surplus budget State, into a bankrupt State. He said KCR Govt took loans of over Rs. 4.5 lakh crore and today each citizen of Telangana is in debt of Rs. 1.35 lakh.

Shabbir Ali appealed to the people to vote judiciously in the next elections to bring back the Congress party to power.