Kamareddy, August 13: Former Minister & ex-Leader of Opposition in Telangana Legislative Council Mohammed Ali Shabbir alleged that the BJP was using nationalism, instead of communalism, as a tool to divide the people and make political gains. 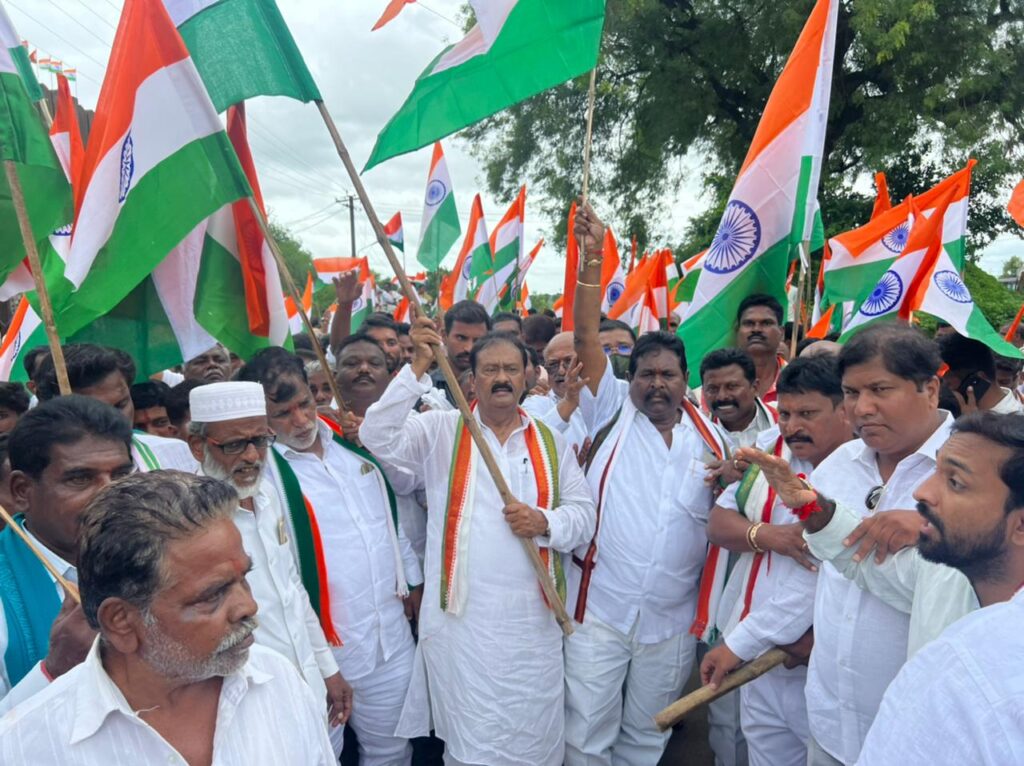 Shabbir Ali was speaking at the launch of the 75-km long ‘Azadi Ki Gaurav Yatra’ at Gadi Kota in Domakonda Mandal of Kamareddy district on Saturday. He said that the Congress party was organising ‘Azadi Ki Gaurav Yatra’ with the theme ‘Zara Yaad Karo Qurbani’ to mark the 75 years of independence and pay rich tributes to the freedom fighters who struggled and even laid down their lives for India’s freedom. On Saturday, a distance of 7 km was covered from Gadi Kota to Domakonda town.

Speaking on the occasion, Shabbir Ali said that the yatra aims at creating awareness among people to reject hatred and promote unity among various sections of society. He said India could emerge as a strong nation only by adopting the Gandhian policy of peace and religious tolerance. He said that divisive politics would destroy the nation and it must be defeated at all levels.

Shabbir Ali alleged that the BJP was now using nationalism, instead of communalism, as a tool to pursue the politics of hatred and division. “I’m proud to be associated with the Congress party which fought for the country’s freedom. Thousands of Congress leaders laid down their lives spent years in prison and sacrificed everything to gain freedom for the country. On the other side, the BJP and none of the leaders they follow had played any role in the independence struggle. But today, BJP is trying to politicise the 75 years of India’s independence and use nationalism as a tool for political gains,” he alleged. 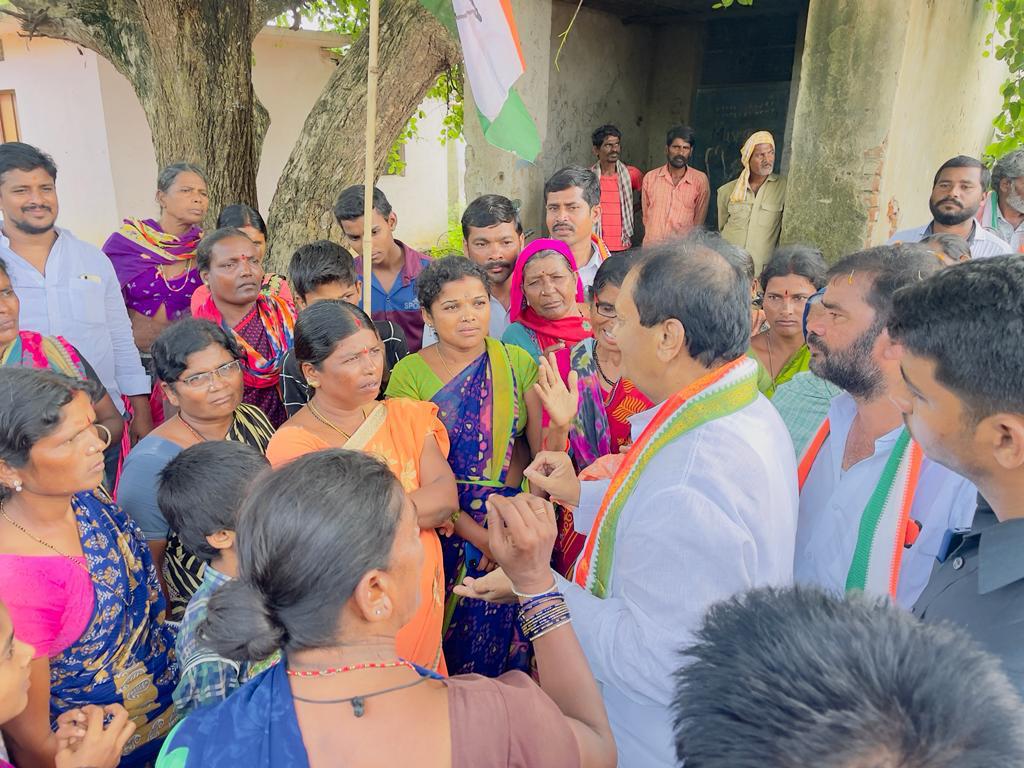 The Congress leader said that today India is counted among powerful nations due to the contributions made by Pandit Nehru, Indira Gandhi, Rajiv Gandhi, Sonia Gandhi, PV Narasimha Rao, and Dr. Manmohan Singh and other leaders. He said when Pandit Nehru became the Prime Minister in August 1947, India had no potential to even manufacture a needle. But, within a few years, he transformed the country into a developing nation and one after the other several projects including large industries, big dams like Nagarjuna Sagar and Sriram Sagar Project, IITs, IIMs and other big institutions became a reality. Similarly, he said Indira Gandhi turned into a nuclear power by carrying out the Pokhran test. India also won two wars with Pakistan under her leadership. Likewise, India achieved the IT revolution under the leadership of Rajiv Gandhi. He said that the achievements of the Congress party and the contribution of its leaders in nation-building were innumerable. However, the BJP Govt was trying to undermine Pandit Nehru and other leaders by politicising ‘nationalism’.

“Congress led India to become a modern, prosperous and egalitarian nation. But we still need to do a lot to strengthen the country. As directed by Pandit Nehru, the Congress workers and leaders will not rest unless they wipe out every tear from the eyes of all Indians,” he said.

The Congress leader said that the BJP tries to win elections by raising communal issues. Citing instances, he said whenever elections are around BJP took up issues like Kashmir Files, Hijab, Halal meat, NRC, etc., He said BJP’s divisive politics would get defeated soon.

Besides paying tributes to the freedom fighters, he said that the Congress party would highlight the issues of rising inflation, unemployment, agriculture crisis, Chinese aggression, closure of small industries by TRS Govt, etc., He said that the Congress party was all set to win the next elections and it would ensure the formation of a government of the poor people.